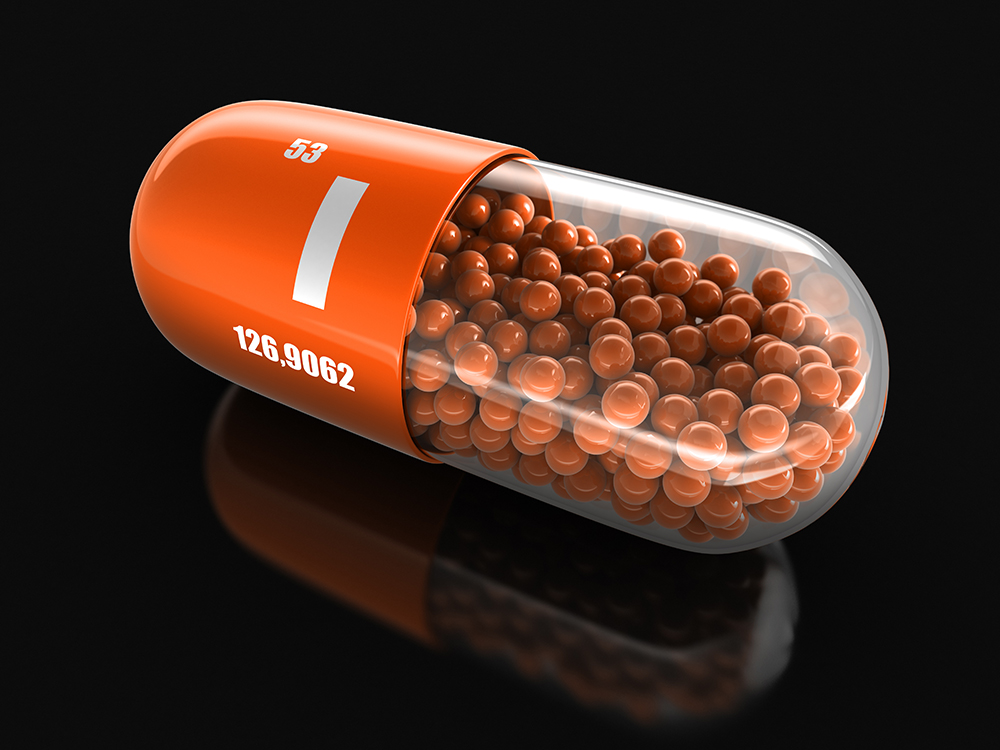 Here is what the data shows.

According to the World Health Organization, the USA is on average borderline ‘excess’ in iodine for all but a subset of people.

This is due to a combination of excess salty food intake, fortified foods, and supplements. Despite the majority of people having excess iodine for these reasons there is also a critical minority of people with iodine insufficiency.

The populations with insufficiency or mild deficiency are pregnant women and some elementary school age children. Moreover, they are the population we absolutely do not want to be deficient because of effects on brain development.

Contrary to many naturopaths’ practice, North American non-childbearing adults most likely do not need to supplement iodine in addition to what is provided by iodized salt. This is particularly true of older Americans. Measuring iodine in the urine can help identify the few individuals that may need supplementation.

Excess iodine increases the risk of enlarged thyroid glands, autoimmune thyroiditis, and hyperthyroidism. It may increase the risk of papillary thyroid cancer as well.  We have seen a rise in Hashimoto’s thyroiditis everywhere that iodization of salt for public health has been implemented.

I have actually seen 2 older patients in the last 18 months who were given iodine supplements by holistic practitioners and began having hyperthyroidism.

It can be argued whether fortifying salt is the ideal method of solving the global iodine deficiency problem. The strategy has been very successful and has saved many brains of developing children but more needs to be done to address the insufficiency that still exists in as many as 50% of pregnant women in the USA.

Strategies to limit excess iodine among non-pregnant adults are less of a concern. In fact trends may be drifting in the opposite direction. Studies show that the iodization of salt is inconsistent and often falls short of recommended amounts. Moreover, salt used by the food industry and restaurants is generally not iodized. And though iodization is recommended by USDA to manufacturers of table salt, it is not mandated or monitored. This differs from many other countries of the world who iodize salt under government mandate.

There are foods very rich in iodine that we should aim to increase in the diets of childbearing aged women. Seaweed, scallops, cod, and plain Greek yogurt are high in iodine.  Prenatal vitamins with adequate iodine from a reliably quantifiable source is critical during pregnancy AND breastfeeding.

How do you know if you are deficient?

Insufficiency is not likely to cause any noticeable symptoms. In pregnancy insufficiency may increase the risk of miscarriage, pre-eclampsia, abruptio placenta, post-partum hemorrhage. Deficiency is the most common cause of goiter (enlargement of the thyroid gland worldwide). However in the USA the most common cause of goiter is autoimmune thyroiditis which we suspect is in part precipitated by excess iodine early in life in genetically susceptible individuals.

What are some of the causes of deficiency?

Iodine competitors such as thiocyanate in cigarette smoke, perchlorates found in fertilizers and byproducts of industrial processes can be found in drinking water. Bromides which are found in fire retardants can be concentrated in the thyroids of deficient individuals competing with iodine.

What is the best test to determine deficiency?

24 hour urine concentration is the gold standard for measuring iodine adequacy. A spot urine iodine/creatinine ratio can also be useful.

How should I make sure I am getting enough iodine? What foods are rich in iodine?

The safest way to ensure adequate iodine as an adult is with foods NOT supplements. Iodized salt is the principle means of ensuring normal iodine status in the USA. Foods rich in iodine are important.  The foods richest in iodine come from the sea. Seafood and sea vegetables.

Iodine μg/Serving in Some Common Foods

Ideally the USDA should mandate and monitory iodization of both table salt and food industry salt.

What should we do to prevent iodine insufficiency among pregnant and breast feeding women (our highest risk group)?

Many prenatal vitamins do NOT contain iodine. Dietary supplement manufacturers should include a daily serving of at least 150 mcg of iodine in all multivitamin/mineral supplements intended for pregnant and lactating women in the U.S., the Council for Responsible Nutrition (CRN) advises in guidelines for industry released in January of 2015. CRN, the leading trade association for the dietary supplement and functional food industry, developed these guidelines in response to recommendations from authoritative medical organizations, including the American Academy of Pediatrics, the Endocrine Society, and the American Thyroid Association, that pregnant and lactating women receive a daily multivitamin/mineral supplement that contains 150 mcg of iodine.

Add Your Email to Signup for Blog Updates!